Today at Apple - ​Virtual Studio: Portrait of Our Seas - in English and Cantonese (June 5th and June 8th)!

Howard Wong will be sharing his creative development process for the content and visual narrative activation, which involves some amazing artists to be revealed during these sessions!

Stan Shea will be talking about his incredible work in Hong Kong marine reef fish conservation.

Jonathan Jay Lee will be giving a live virtual tutorial showing how he uses Procreate to create the visual narrative.

National Geographic's Planet Possible is a place to explore the natural world through inspiring storytelling and experiences that inform and empower audiences to live more lightly on the planet.

Ocean's Tomorrow is produced for the Swire TrustTomorrow initiative by National Geographic Creative Works, Oceans Tomorrow explores the incredible world that lies beneath Hong Kong's waves, examining the various factors that threaten its health and existence, and identifying the actions we must take to preserve it for future generations.
Link: https://www.nationalgeographic.com/oceans-tomorrow/ 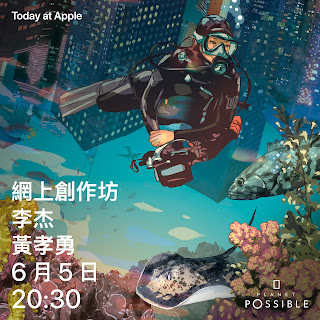 On May 4th join me online at Markham Public Library's Creative Expression where I will be hosting a talk about the creative work I do, answering your questions about comics, toys and video games and more!
It's free! Click here to book!

Ever wondered how you can work in comics, toys or video games? Here's a chance to ask all your questions about that with host Howard Wong, Creative Development and Narrative Specialist, who has worked for many leaders in the creative industry including Bandai Namco Asia Company Limited, Bungie Inc., Hong Kong Disneyland, Marvel Comics, National Geographic Asia, and Threezero (Hong Kong) Ltd..
Date: Wednesday, May 4, 2022
Time: 3:00 PM – 3:45 PM
Where: Online event 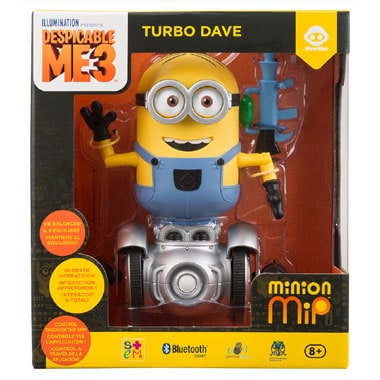 Posted by Howard Wong at 2:34 PM No comments:

Damned, Cursed Children is nominated for Best Independent/Other Book by We Have Issues 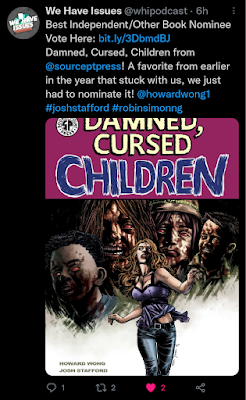 Head over here to vote for your favourite titles for this and other categories: Vote

Posted by Howard Wong at 8:36 AM No comments: 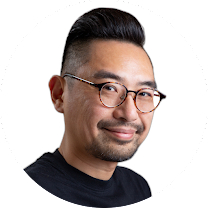 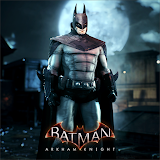 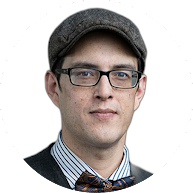 With over 20 years experience in the creative industry, Dominic has executed, consulted, collaborated, coordinated, and assisted in several projects for a wide variety of clients.

Dominic has been the Graphic Design Coordinator for both the Ottawa Children’s Festival in 2018, and 2019, when he created the official poster and promotional Art.

He has also served as Graphic Design Coordinator for the TD Ottawa Jazz Festival in 2018 and 2019. He has created multitudes of images and materials featuring headlining Artists from around the world such as; Chaka Khan, Herbie Hancock, Chicago, The Roots, Nora Jones, Boz Scaggs, Alison Krauss, and many more . His poster “Trumpet Man”, used for the official 2018 lineup poster, was inspired by the thick brush strokes found in Chinese ink Art and was meant to convey music and sound in physical form. The image was featured in several major news outlets including PBS, CTV, and CBC.

Presenter: Dominic Chenier
When: December 5 @ 10 am - 12 pm EST
Sign up here: https://www.eventbrite.com/e/character-design-for-beginners-tickets-220355367837?aff=eprofsaved&keep_tld=1
Details: Character Design for Beginners:
Character Development is one of the key elements in any story. Be it factual or fictional, characters are the reader's guide into a story where they help immerse us into the world of the story, connect us with the motifs, message and the heart of it all. The importance of creating characters that are relatable and functional for your story is what this workshop will focus upon, revealing trade secrets to techniques I've learned throughout my career creating them for companies like Marvel Comics to Bandai.

Character Design for Beginners is a two-part workshop hosted by two creative professionals, who work in animation, comics, film, mobile games, toys, and video games where they will be sharing core techniques and tricks used in their work in animation, comics, mobile games, toys, and video games. Go from idea to concept art, as you follow along and create your own original character!

Ever wanted to make your own comic book but didn't know where to start? This is the workshop for you!

Making a Comic Book for the First Time is a two part workshop hosted by two creative professionals, who work in animation, comics, film, mobile games, toys, and video games where they will be sharing core techniques and tricks used in making comics. Go from idea to script, and script to layout/first draft art, as you follow along and create your own one page comic story! 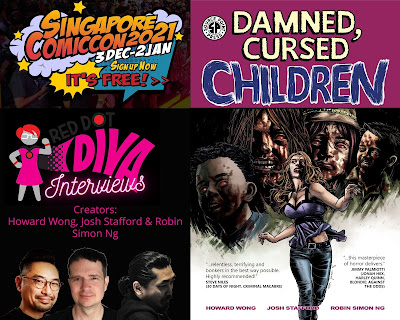 Check out the first Damned, Cursed Children interview with the entire creative team with Singapore's own Red Dot Diva at SGCC starting December 4th to January 2nd!
Posted by Howard Wong at 11:41 PM No comments:

Going to NYCC? Head over to the Source Point Press booth (#2137) and pick up a copy of the Damned, Cursed Children trade paperback! Also, do yourself a favour and pick up other titles, and say hi to the creators that are there! Stay safe, have fun and read more comics! 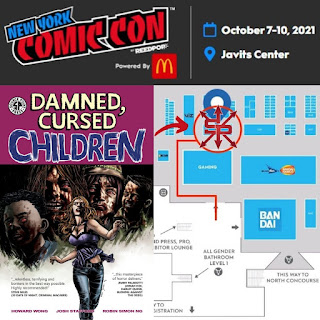 Posted by Howard Wong at 4:11 PM No comments:

The initial orders for the Damned, Cursed Children (Source Point Press) trade paperback have sold out at Amazon and Target! A new shipment is being sent to Simon and Shuster. Thank you for all of your support! 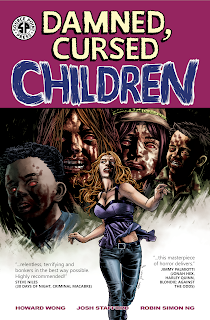 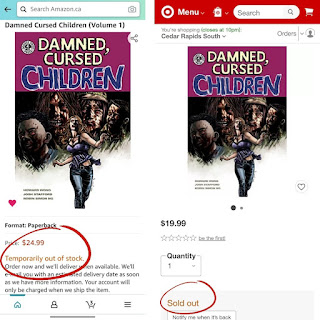 In the sudden aftermath of a series of horrifying attacks, a group of strangers are forced together in a city gone mad under the onslaught of an unimaginable terror! Children! Can they overcome every deeply ingrained human instinct and do the unimaginable to survive in a world overrun with Damned, Cursed Children? Collecting all five issues of the acclaimed hit mini-series, with behind-the-scenes bonus content, and a special introduction from Jimmy Palmiotti. 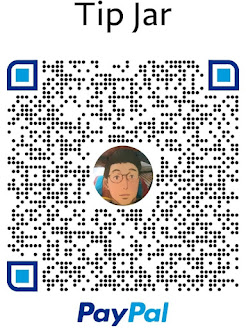